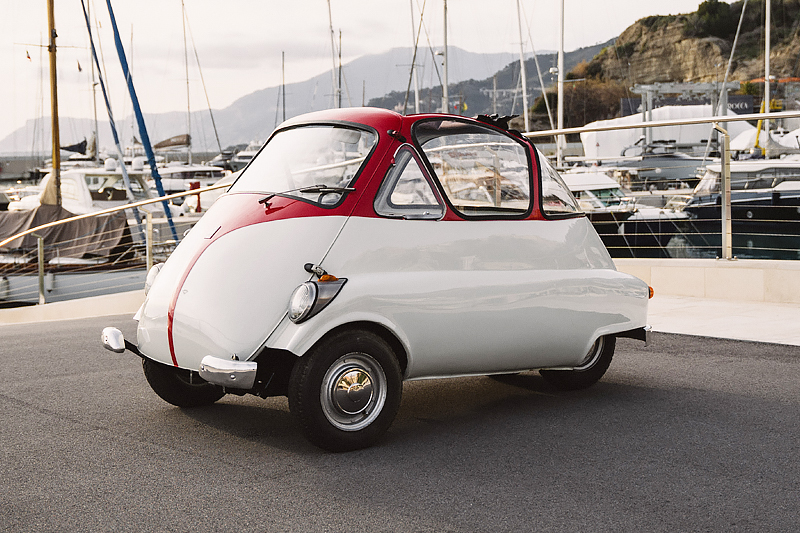 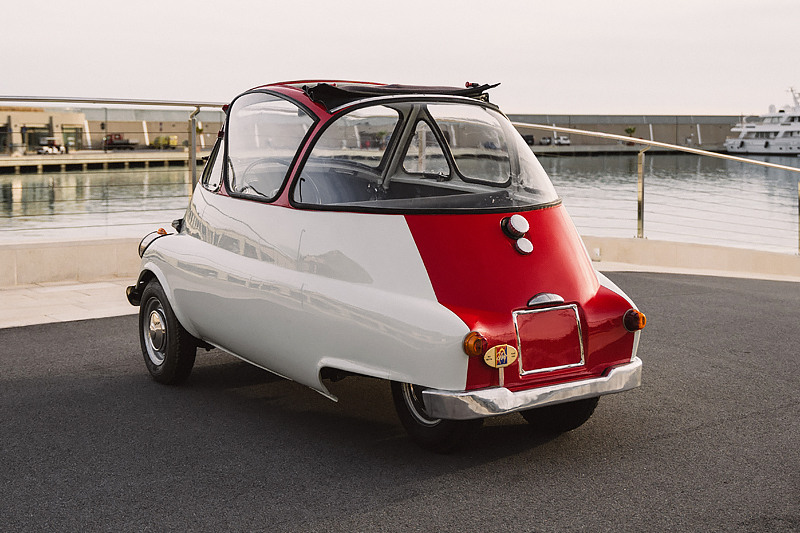 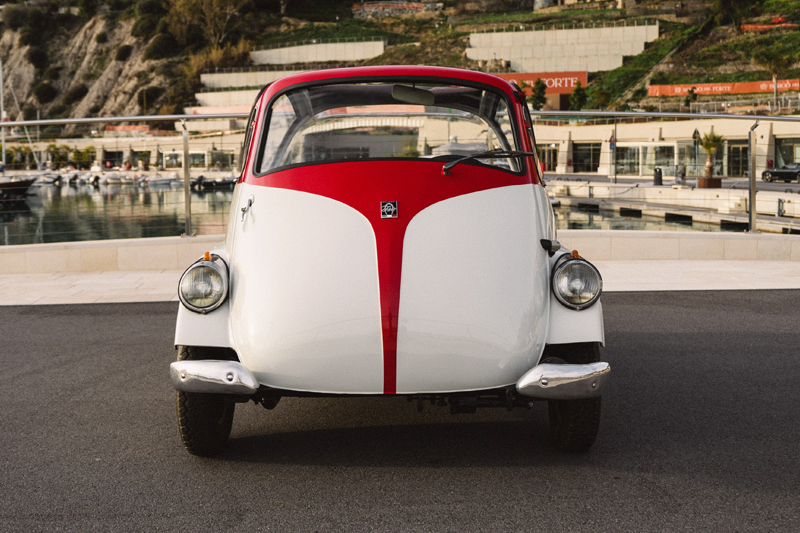 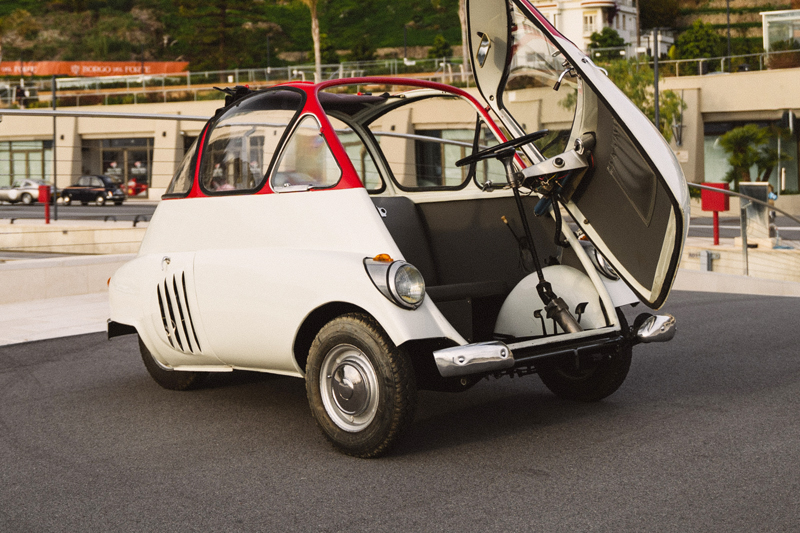 The ISO Isetta is a small, bubble-shaped Italian car that was produced from 1953 to 1962. It was designed by Renzo Rivolta and is considered the first mass-produced microcar. The Isetta was powered by a single-cylinder, four-stroke, 236cc engine, and had a top speed of 53 mph. It had a unique front-opening door, and its interior was incredibly small, seating just two people. The Isetta was popular for its fuel efficiency, averaging up to 50 miles per gallon, and its affordability, selling for approximately $900. The car was also produced in various countries around the world, including France, Germany, and the United Kingdom.