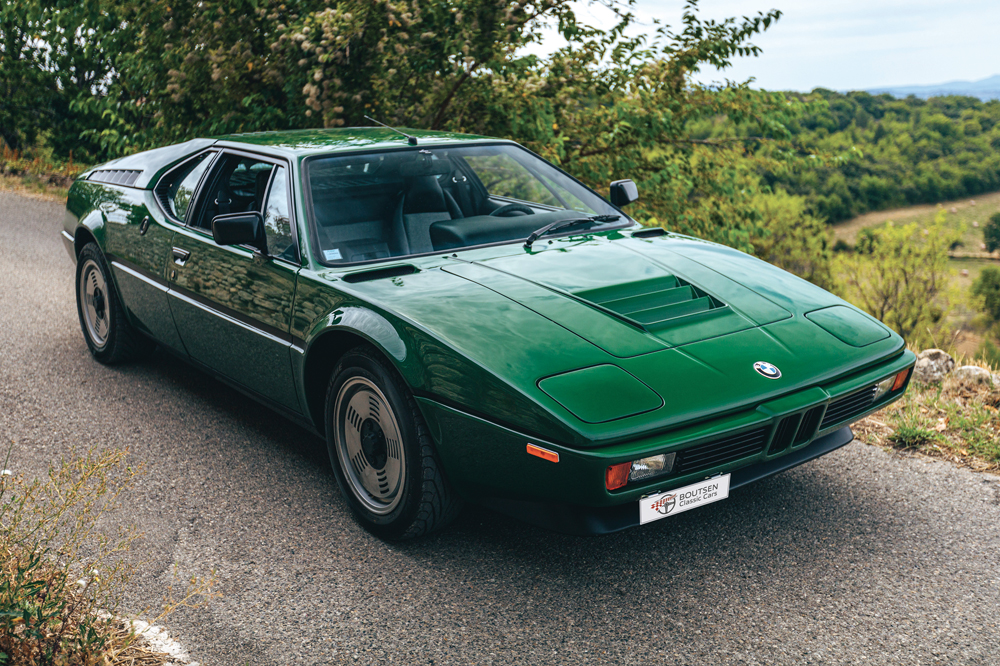 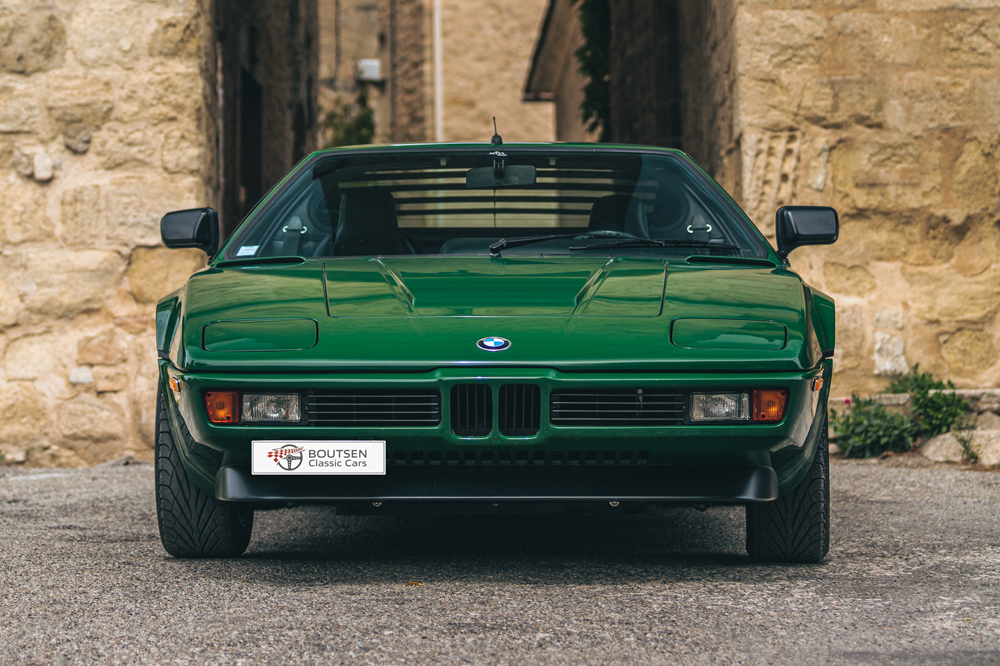 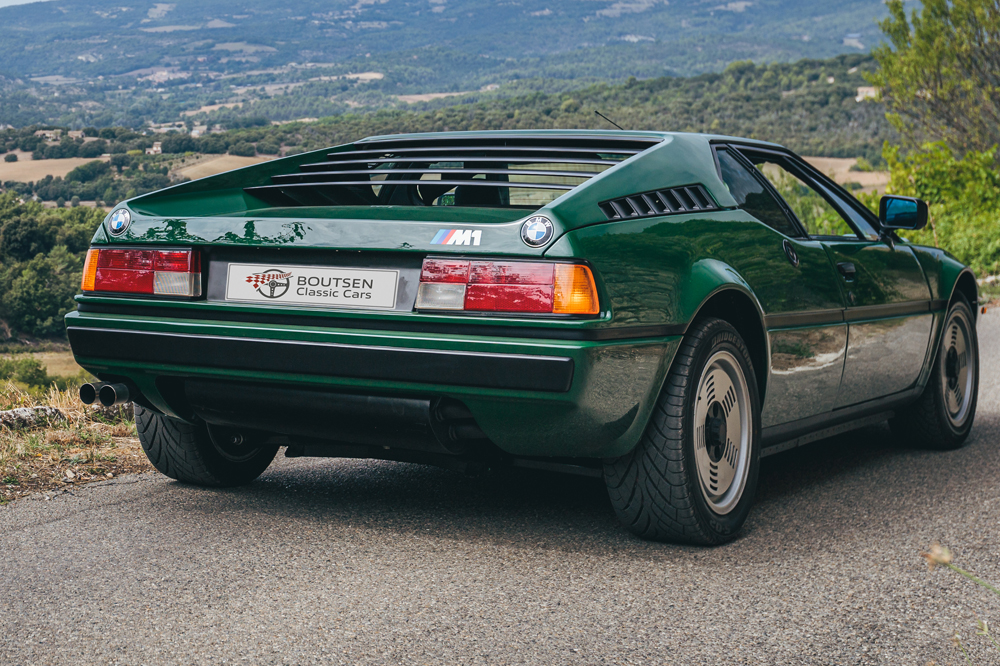 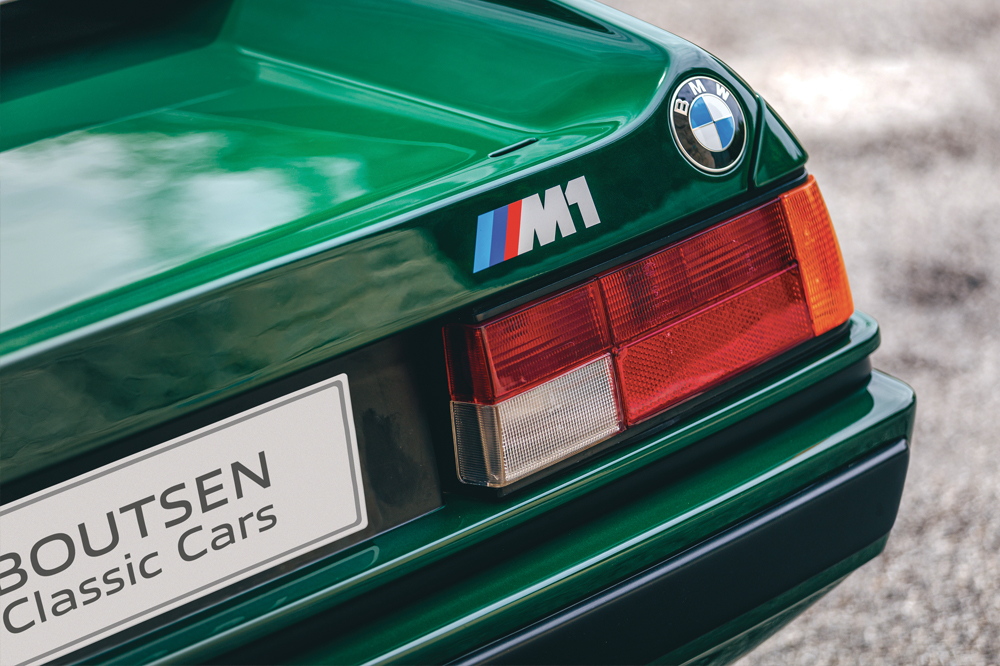 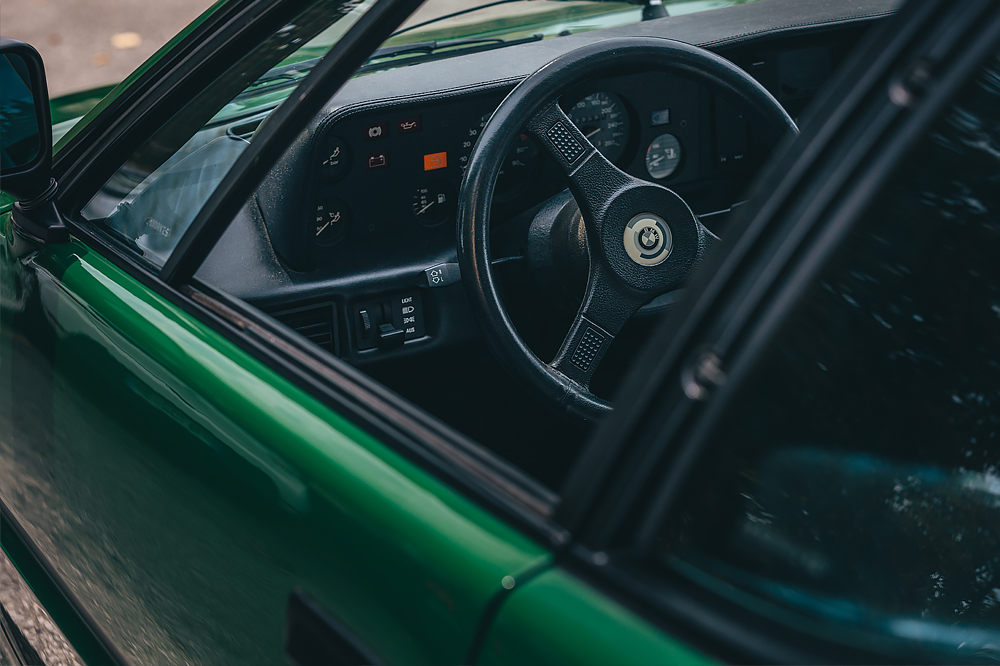 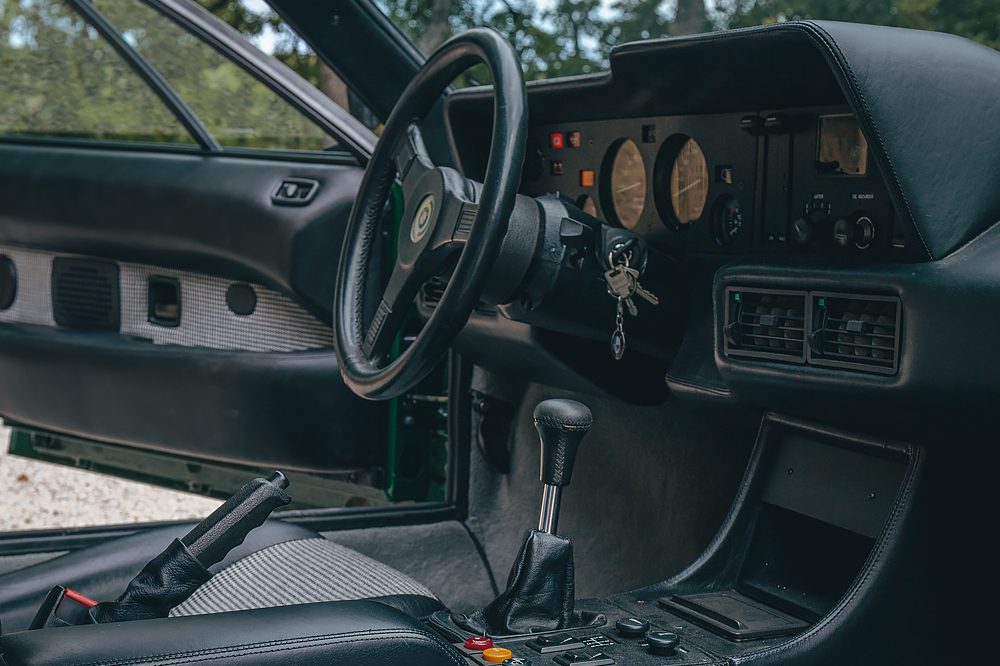 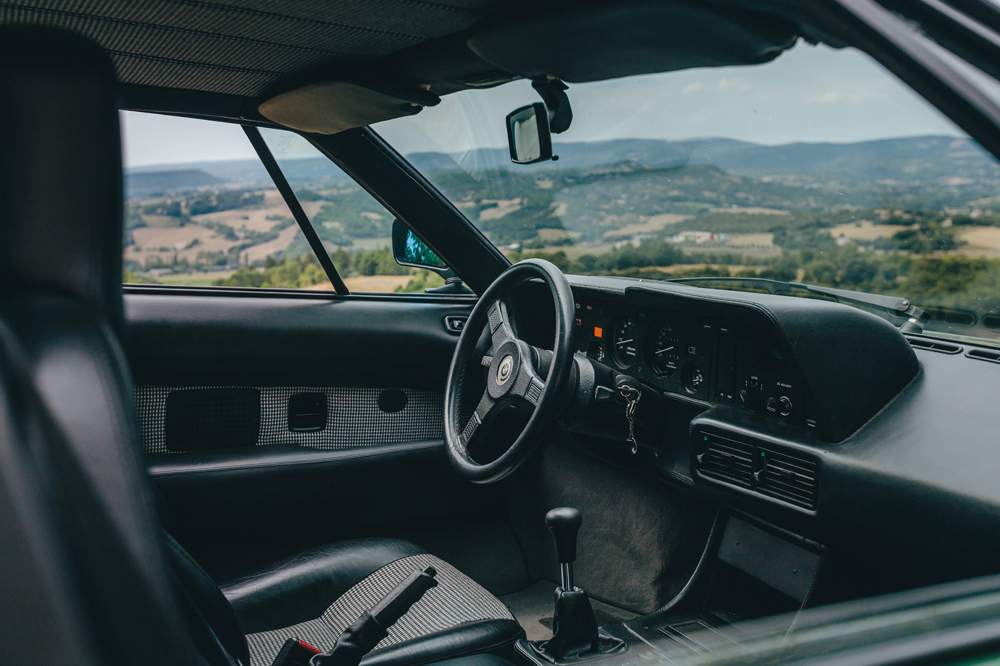 It was sold brand-new to a French dentist by the BMW dealer of Besançon. He kept it until his death in 2007. The car was then kept in a shed until 2015 when the heirs put it up for sale as is where is via the auction company Chayette et Cheval.

The second and last owner bought it at that time. It was a “barn find” car covered with dust and original paint (midnight blue).

The car has been completely restored. The supervisor of this restoration was Pascal Obrecht, from Seven Classic.
Everything has been revised as new: chassis, running gear and suspension, engine, clutch, gearbox, tank, hoses, etc, with original parts (many of them are specific to the M1 and very difficult to find).
The engine has been completely dismantled and renovated by WS compétition, specialist of BMW mechanics.
The ZF gearbox was rebuilt by ZF specialist GR BOX, in Italy.
The bodywork and painting were entrusted to LPCP and Ponce, the saddlery was done by Dominique Bonfils, from the Mont Ventoux saddlery.

By personal choice, the current owner decided to paint the car in a different tone than the original one, because he thought that the midnight blue was sad and didn't highlight the design. The color is now "Irish Green".