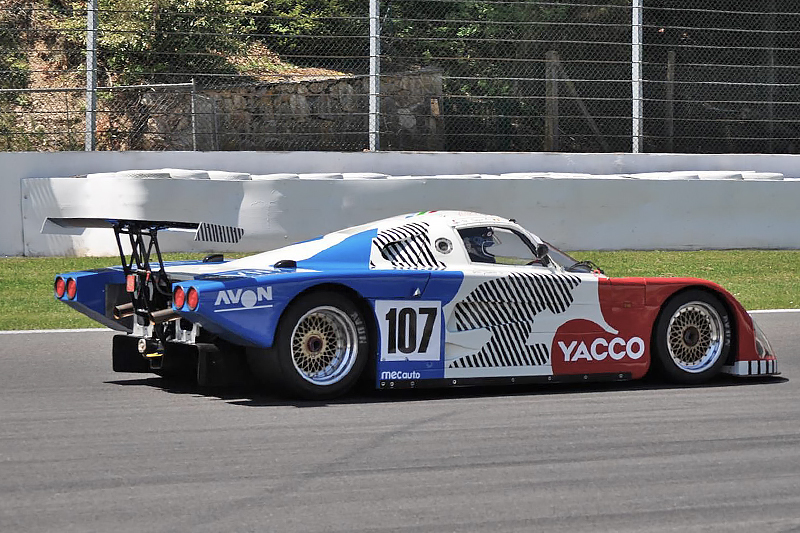 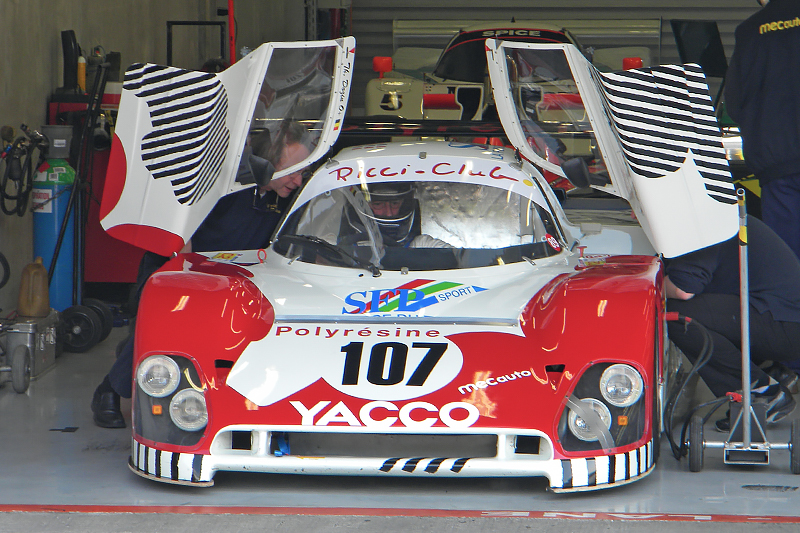 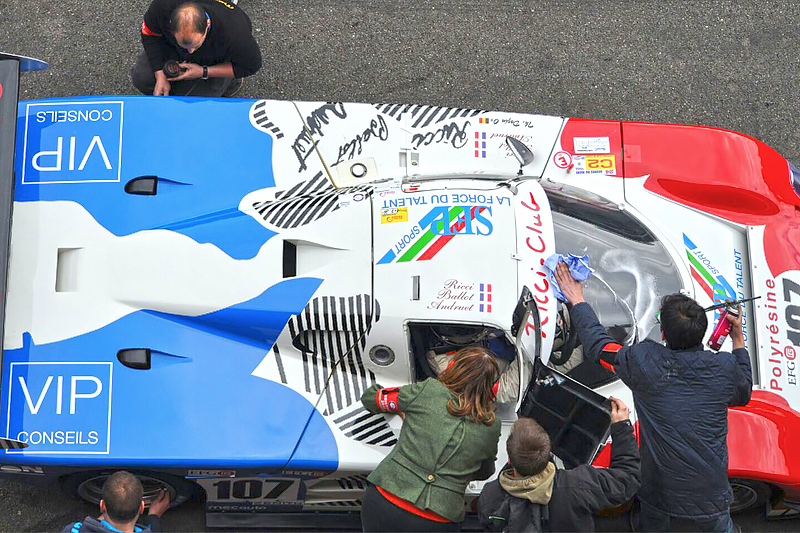 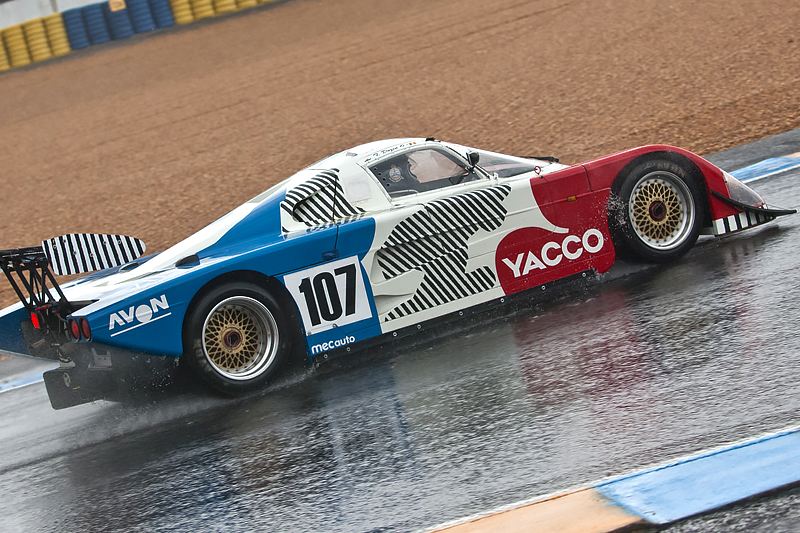 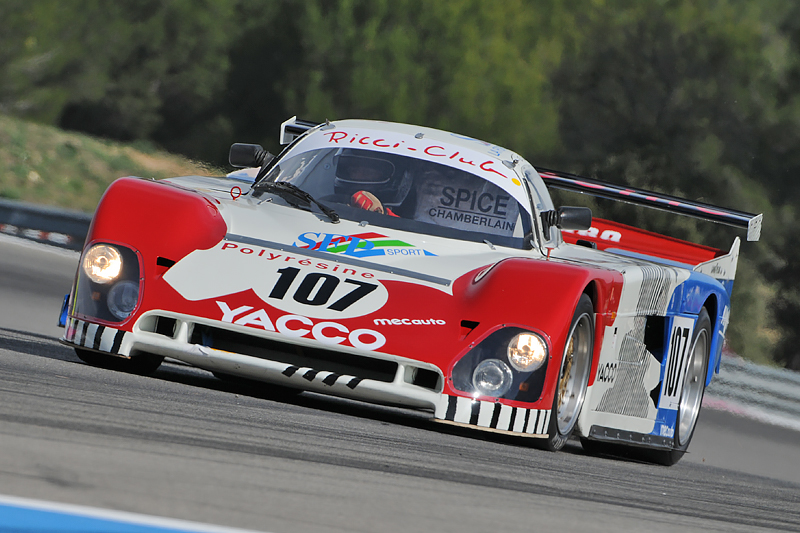 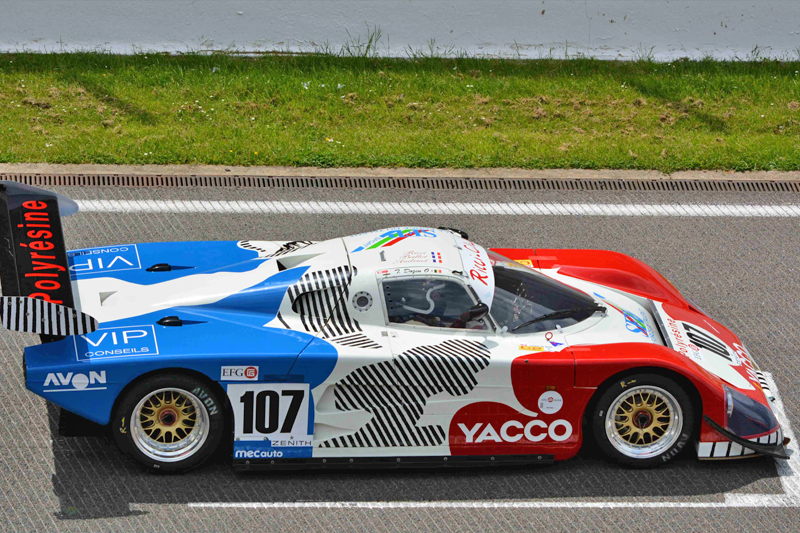 We invite you to discover this sensational 1988 Spice C2 racing car which has secured 12 podiums in the Historic Category since 2010 and is an ideal Le Mans Classic contender.

Originally owned by the French gentleman driver Jean-Louis Ricci, the car took part in the 1988 and 1989 Group C2 World Championships with great results: it came second overall in 1988 and fourth overall the following year. It also came first in the Supercup Championship at the Nürburgring and participated in the Le Mans 24h in 1988 and 1989.

The car was bought by its current owners in 2004, who moved it to Belgium. During the next five years it was maintained by MEC Auto, near Spa Francorchamps, who carried out material works to put it back to its original configuration of the 1988 Group C World Championship. For example, the car was fitted in 2009 with a Cosworth engine DFL/S 3.3 liters V8 prepared by Geoff Richardson Engineering Ltd.

Since 2010 the car has been a regular entrant in the Group C Historic Championship, with frequent podiums in C2 category (13 Podiums in 18 races).

Today the engine and gearbox have only been used for a total of two hours since being fully rebuilt in 2017.

For more information and asking price, get in touch today.

The engine and gearbox have only two hours running since full rebuilt in 2017. The car comes with FIA HTP and Group C Technical Passport. Delivered with an important stock of spare parts it is absolutely "on the button" and ready to race again. It is of course a perfect entrant for the next Le Mans Classic.
Asking Price : P.O.R